Welcome to the BCBF Newsstand.
Italian and foreign magazines had prepared special issues on the occasion of the Bologna Children’s Book Fair. Here you can rstill ead them!
A special thanks goes to the magazines’ publishers for having supported BCBF once again this year and for making their issues available to the BCBF Special Online Edition’s visitors. 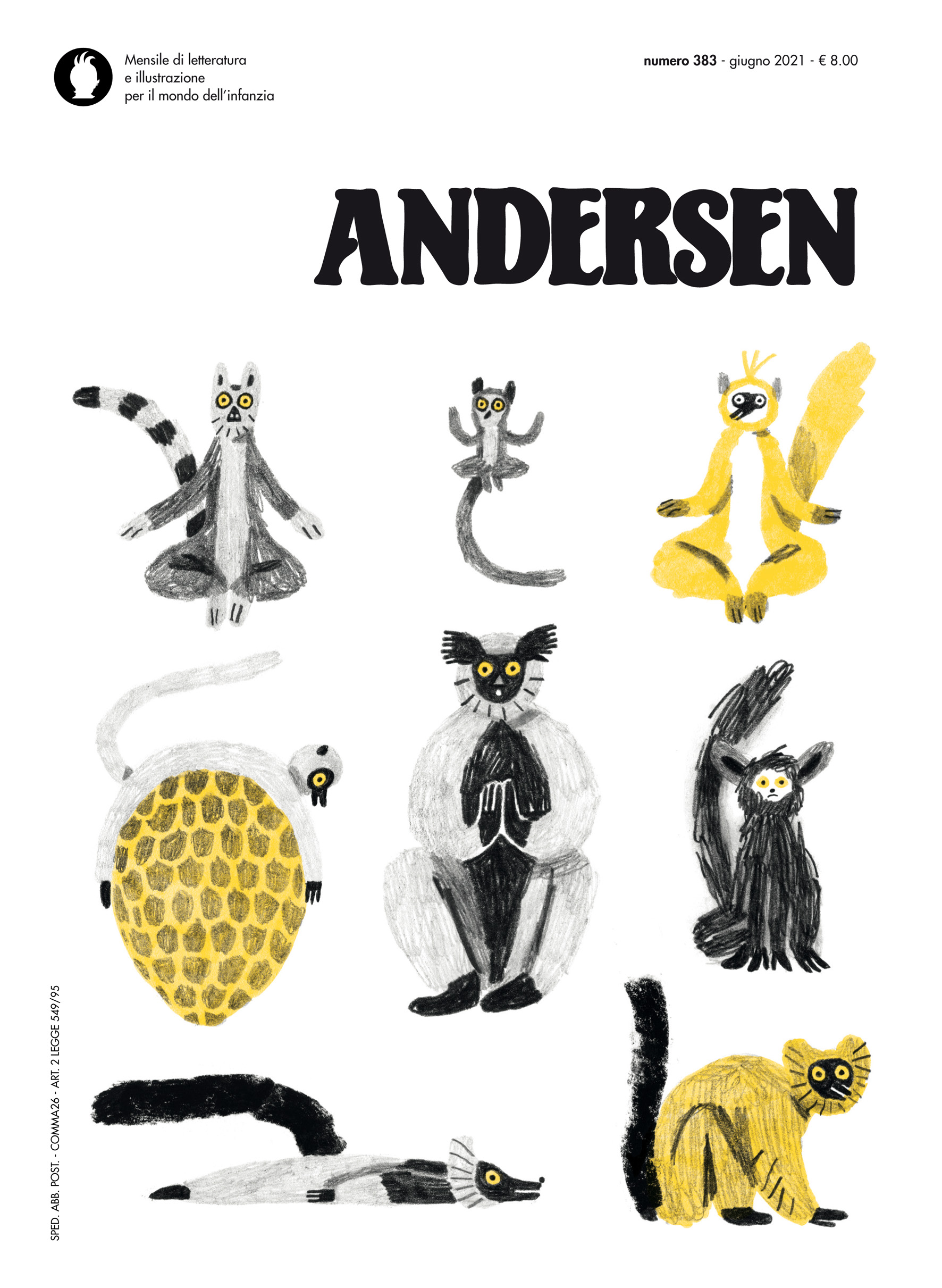 ANDERSEN is the most popular Italian monthly magazine on children’s books. An independent magazine and an international reference point for everyone who is interested in children’s books, literature and illustrations. The magazine focuses on editorial news, committing itself to deepening knowledge of quality children’s literature and to the interpretation of publishing trends. Since 1982, the magazine promotes the PREMIO ANDERSEN, the most renowned Italian award presented every year to the best authors, illustrators, editors and publishers. 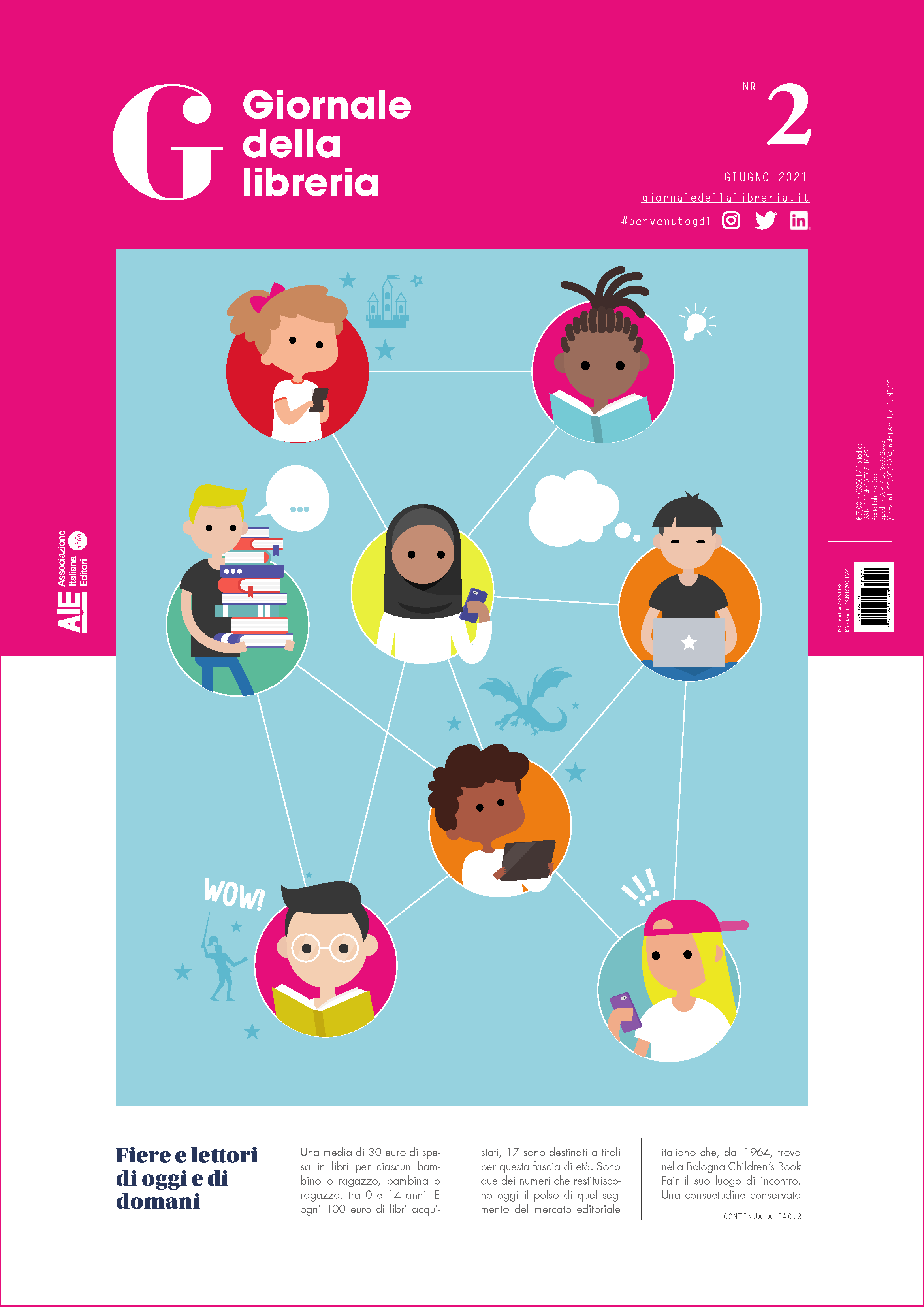 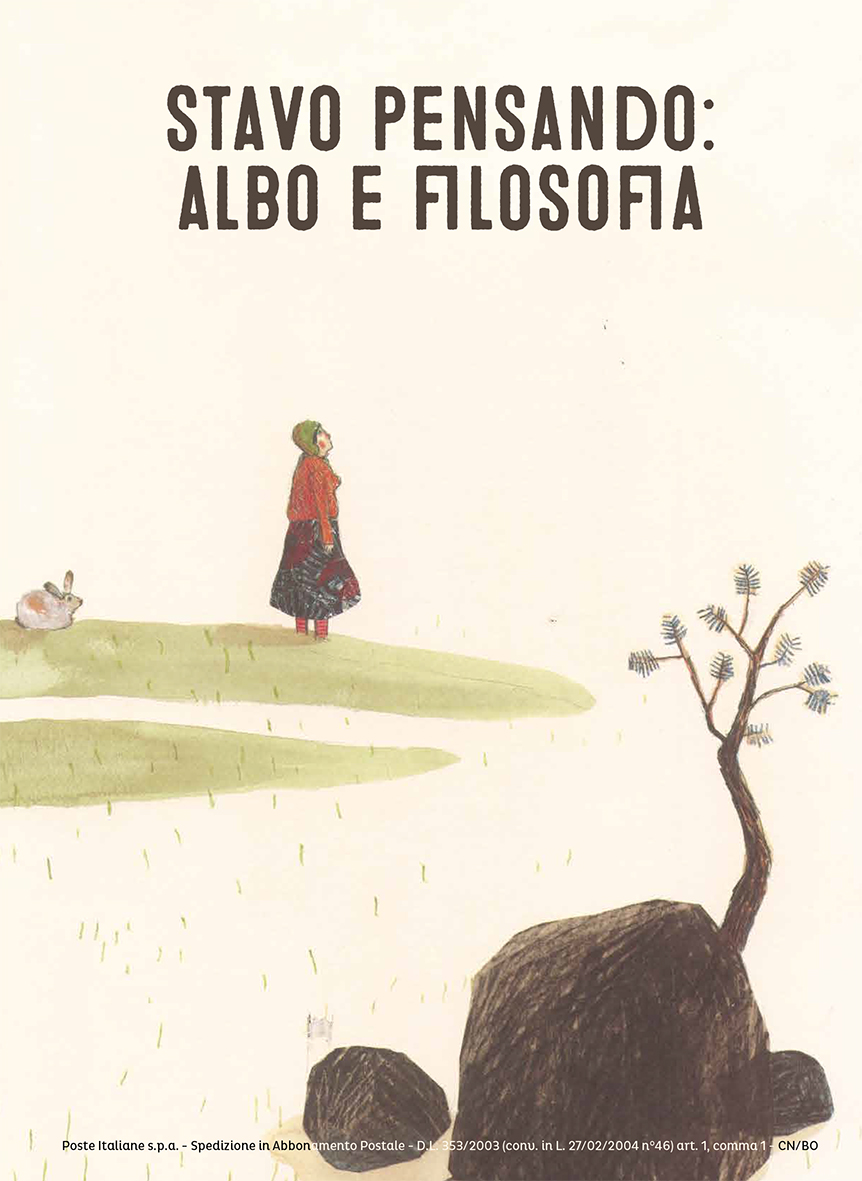 “Hamelin. Storie figure pedagogia” is a quarterly magazine, an observatory on youth and culture. From its pedagogic standpoint, it focuses on childhood narratives: picture books, children’s and young adults’ literature, comic books and graphic novels. We celebrate the 50th instalment of our magazine with a collective issue, born from the research we conducted together with a group of Philosophy and Education Sciences scholars, researchers and teachers from the University of Bologna. The team of experts behind this issue completes its theoretical work with a series of activities whose aim is to introduce children to philosophy. We started this collaborative exchange of ideas by involving the Farfilò project, then the interdisciplinary group ΑΙΩΝ/AIÓN - Filosofia e Didattica (ΑΙΩΝ/AIÓN – Phylosophy and Didactics), of the group on educational practices for complex thinking of the Centro di Ricerche Educative su Infanzie e Famiglie (Center for educational research on youth and families) and the startup Filò. Together, we started three years ago a course on picture books, which then became a seminar and generated a fertile discussion on how the picture book grammar could offer chances of philosophical thoughts. It’s not just a matter of discovering books that tackle philosophical themes, but considering the formal dimension of the picture book – only apparently simple – as particularly suitable to a philosophical practice. The relationship between texts and images, the use of metaphors and suspension, the voids that bring forth a deduction process… All of this makes the picture book a detonator of questions, opening to divergent perspectives that allow to dig deep without looking for a definitive answer. One might say that the picture book is philosophical in nature, as multiple direct experiences with children clearly show. The dual nature of theoretical consideration and pedagogic practice is well present in this issue of “Hamelin – Storie figure pedagogia” and in the magazine in general, where the perspective of different fields of expertise made us discover, once again, the inexhaustibility of meaning and beauty actuated in the few pages, between words and images, of the picture book. 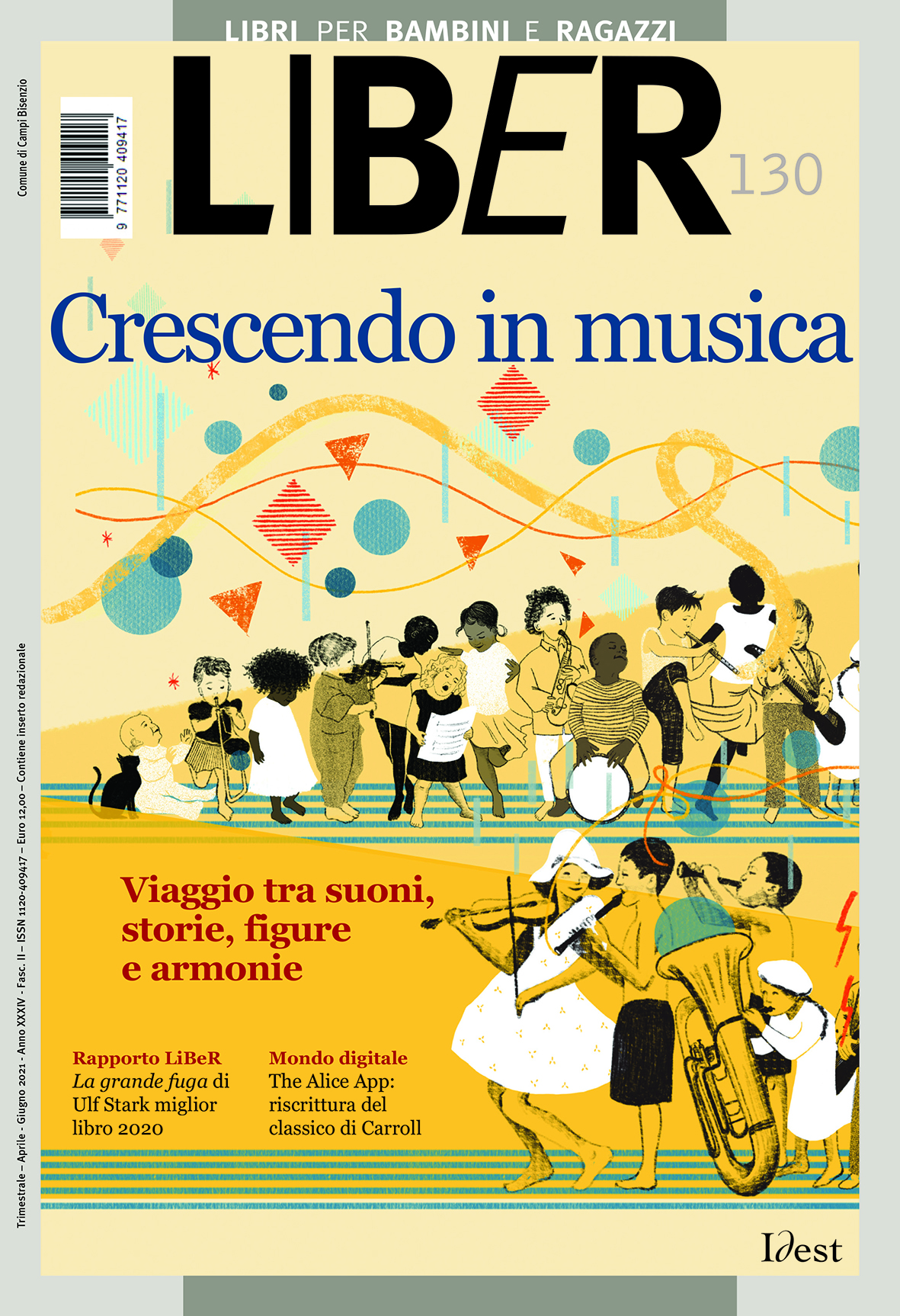 The sound dialogue and the importance of improvisation are some of the many significant aspects of music listening education, a practice that allows you to develop the personality at multiple levels, and which has among its fundamental objectives that of building different identities, against discrimination and racism. To be truly inclusive, musical education is very important from the early years of children's life and must know how to welcome and enhance the experience and musical competence of children, thus becoming an opportunity to create civil participation: precisely to the complex and fascinating relationship between rhythms, notes, songs, repertoires and words is dedicated to the new issue of LiBeR, which explores the extraordinary potential of the musical experience in the education of children and young people through the contributions of experts in the fields of pedagogy, music and literature. Contributions by: Stefano Zenni, Maurizio Disoteo, Maurizio Vitali, Anna Cattoretti, Francesca Tamberlani Anna Castagnoli, Teresa Porcella, Gabriela Zucchini. Our journey between authors and musical authors also includes Eleonore Grassi's interviews with Janna Carioli and Bruno Tognolini, Elisabetta Garilli's conversation with Emanuela Bussolati and Gek Tessaro and Gabriela Zucchini's interview with Matthieu Mantanus. In this issue the cover is by Francesca Gastone and the interior illustrations are works by the students of the Milan illustration Mimaster. LiBeR report 2021. 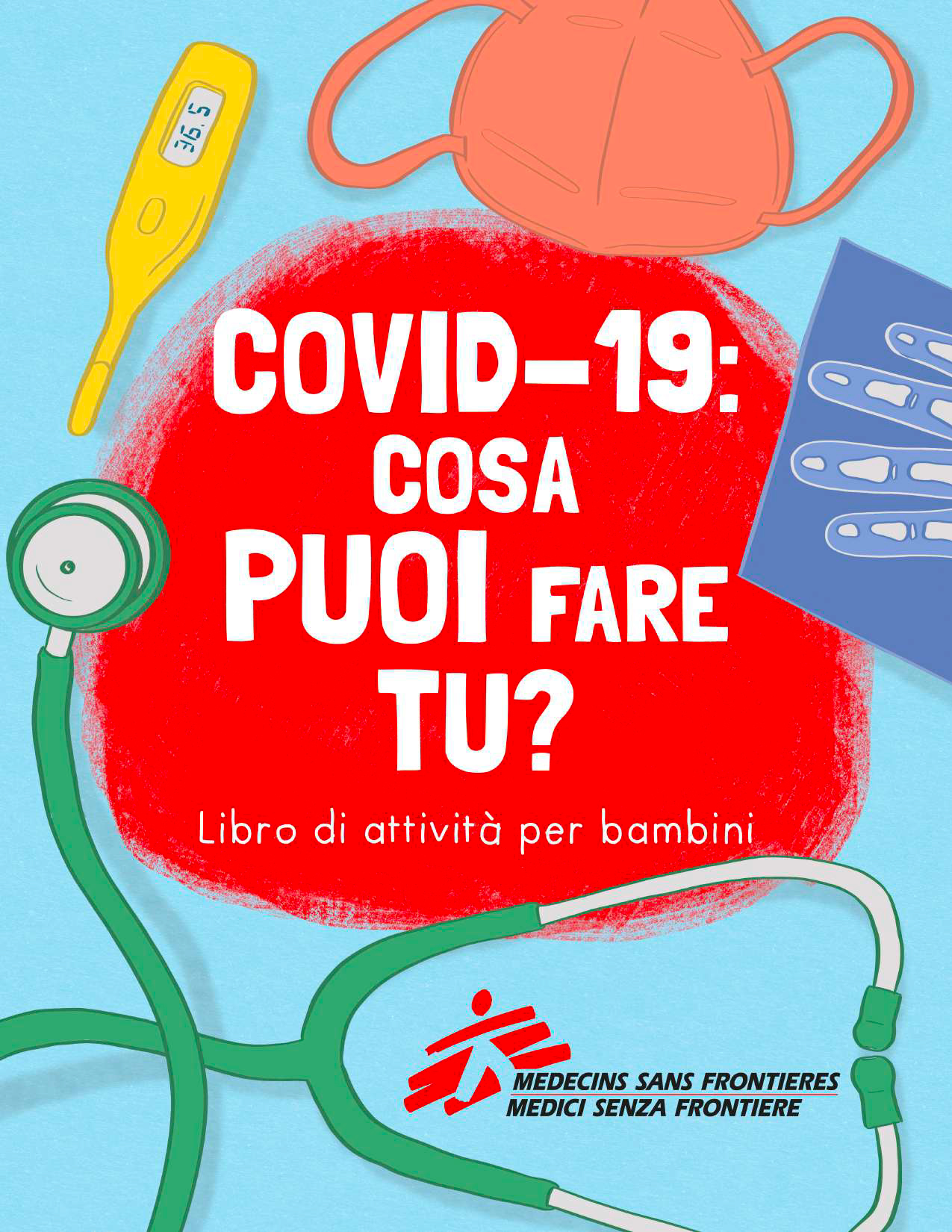 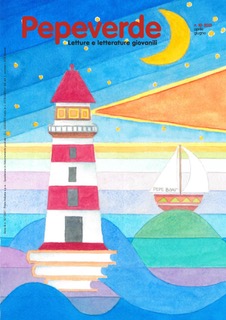 Pepeverde, the pleasure of reading

Pepeverde is a magazine of literature for children, from 0 to 16 years and over. It’s published quarterly and it’s intended for teachers, librarians, cultural operators and parents. A group of experts read the books that come out and report the best ones, in order to guide readers in their choice.

The magazine is also a place for debate on the most important Italian and foreign cultural events, addresses the most relevant issues on the developments of current publishing production, focuses on trends and news in the field of youth literature.

If you subscribe you’ll receive the Pepeverde directly to your home for one year.

Bank transfer IBAN IT44Q0103003202000002356139 or postal account n. 63611008 to the attention of Valore Scuola coop. a.r.l. via Leopoldo Serra 31 – 00153 Roma. After payment you can send an email to commerciale@edizioniconoscenza.it
You can also pay with credit card on the www.edizioniconoscenza.it or with teacher card.
The subscription to the paper magazine is 35 euro, 25 for digital. If you subscribe for the first time, you’ll pay 35 euro for paper and 20 euro for digital. For foreign countries, the subscription is digital only.
For all information write an email to commerciale@edizioniconoscenza.it or call us at the number 065813173.