The Bookseller Lounge is the area that the Bologna Children’s Book Fair dedicates to booksellers who come to the Fair to share good practices and experiences and keep up to date with the latest trends in global publishing.

In 2023 BBPlus, in partnership with the European and International Booksellsers Federation (EIBF), will offer a hosted bookseller programme, offering a group of booksellers a full experience at the fair, including events, awards, networking and seminars.In 2022 BCBF, in collaboration with ALIR - Associazione Librerie Indipendenti per Ragazzi (Association of Independent Children’s Booksellers), has decided to use this opportunity for visibility to showcase 20 small Italian publishers, who have responded to ALIR’s call by sending the best work from their catalogues to be displayed at the Fair in the Indie Italian Publishers exhibition next to the books that ALIR’s members will award the Orbil Prize.

The exhibition featured more than 100 titles, discovered by the professional public at the Fair, with the aim of promoting the best literature for children and young people. From small recently discovered publishing houses to well-known publishers that had never before taken part in the Fair, ALIR's call to the collective was addressed to very different players, but all share the same work of research that is embodied in their high quality proposals.

Their attention is focused on the big names on the international scene (the youngest of the participating publishers, Padua-based Pension Lepic, makes its debut with French fiction; the Apulian publisher Besa acts as a bridge for literature from the other side of the Adriatic with Slovenian writer Peter Svetina, a finalist for the Hans Christian Andersen Award), without forgetting Italian projects and the promotion of young illustrators.

The publisher Hopi has published a work by Irene Penazzi, Errekappa one by Alice Piaggio, while Quinto Quarto won the Italian Andersen prize in 2021 with Camilla Pintonato's Il gallinario. Young illustrators that have been selected for the exhibition Italian Excellence. The new generation of children’s illustrators, promoted by the Bologna Children's Book Fair, the Emilia Romagna Regional administration and the Ministry of Foreign Affairs, and curated by the Drosselmeier Academy. 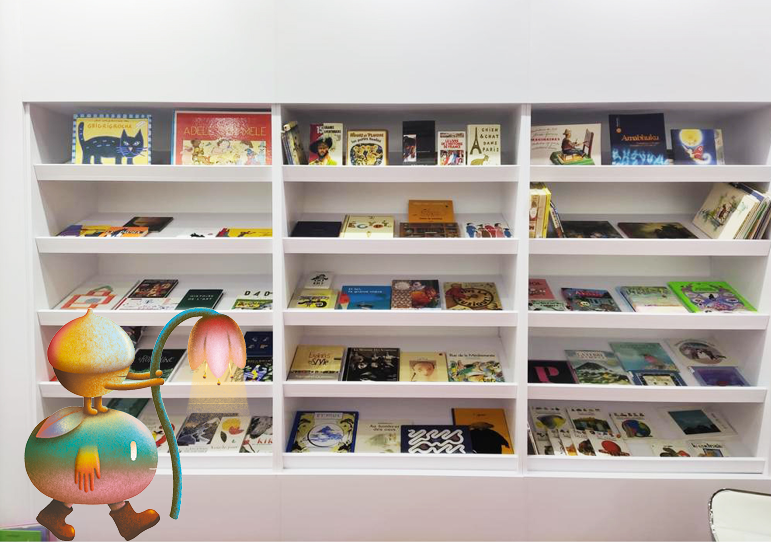